Due to the COVID-19 outbreak, please allow the couriers an extra 24 to 48 hours for your delivery.

Popular culture changes and adapts on a regular basis as the demands of the public dictate new fashions and styles, yet certain things stand out and retain a lasting impression on the memory of the populace. In film and television over the past fifty years or so the humble chair has marked out a place for itself in various productions.

Game of Thrones – The Iron Throne

One of the most recent chairs to capture the imagination of the public has to be the Iron Throne from the cult television series Game of Thrones. Based on the epic series of books by George R.R. Martin, the TV series tells the story of the struggle for the ruler-ship of the seven kingdoms of Westeros. As the land becomes split into several factions behind a number of potential new kings, the ultimate prize for all is to see their chosen leader seated on the infamous Iron Throne, made from numerous swords and other weapons. 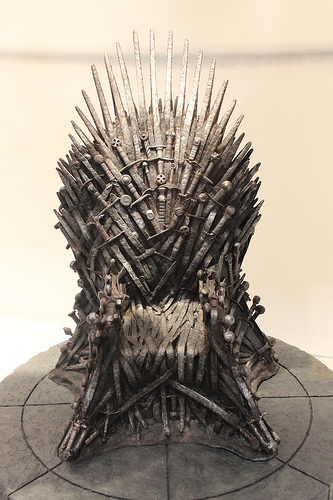 The American cult children’s television show Pee-Wee’s Playhouse features Paul Reubens as star Pee-Wee Herman alongside a host of talking furniture, the most famous of which is Chairy, the talking blue chair. The concept began in 1980 as a stage show, went on to become a film directed by then up-and-coming Tim Burton and finally became the much watched HBO TV series it is best known for today.

Star Trek has been on the go for almost fifty years now and shows no sign of losing fans any time soon. Fans, known collectively as Trekkies, have regular conventions across the globe to this day, where they may be lucky enough to find one of the stars of the show waiting behind an ordinary office desk to sign autographs and chat about the making of Star Trek. The Captain’s Chair is one of the iconic symbols of the TV series. 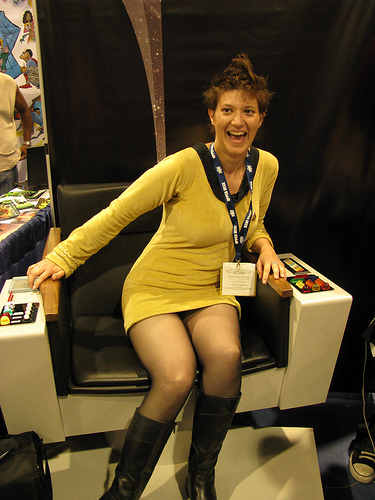 The teenage pregnancy film Juno was much lauded for its portrayal of a cool, intelligent and humorous female lead character. It won an Oscar for Best Original Screenplay as well as being nominated for a further three, and made over $230 million at the cinema. The film begins with Juno losing her virginity to long-time friend Paulie Bleeker in her father’s La-Z-Boy chair. Finding out she is pregnant, Juno uses the chair as a symbol of what has happened, blaming it for her unplanned pregnancy and removing it to Paulie’s lawn to recreate the scene when she tells him about the impending birth.

One of the most iconic chairs on British television has to be the black leather chair featured on the quiz show Mastermind. Contestants compete in general knowledge rounds and are then quizzed on a specialist subject of their choice while sitting on stage in the spot-lit chair. The quiz was originally the brain-child of Bill Wright, who drew on his experience of being interrogated by the Gestapo in World War Two to inspire the format! 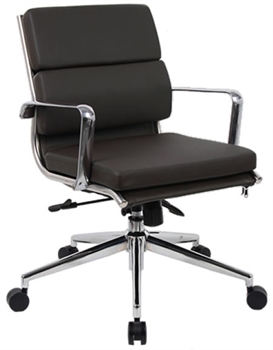 Get the latest products, exclusive deals and news straight to your inbox. We do not share your details with anybody else.

The Ultimate Guide To Good Posture

Successful People: 12 Things They Do Before Sleep

How To Assemble Your Office Chair