Sitting too much is a common problem across Britain, with many of us partaking in the sedentary lifestyle with the aid of binge-watching TV, sitting in cars and at our computers. Couple this lifestyle with a Monday to Friday 9 to 5 job at a desk and it’s a recipe for disaster.

We’ve talked about the consequences of sitting too much here at ChairOffice before, so today we’d like to delve deep into the medical benefits of standing desks and how they can provide a remarkable boost to your overall health. 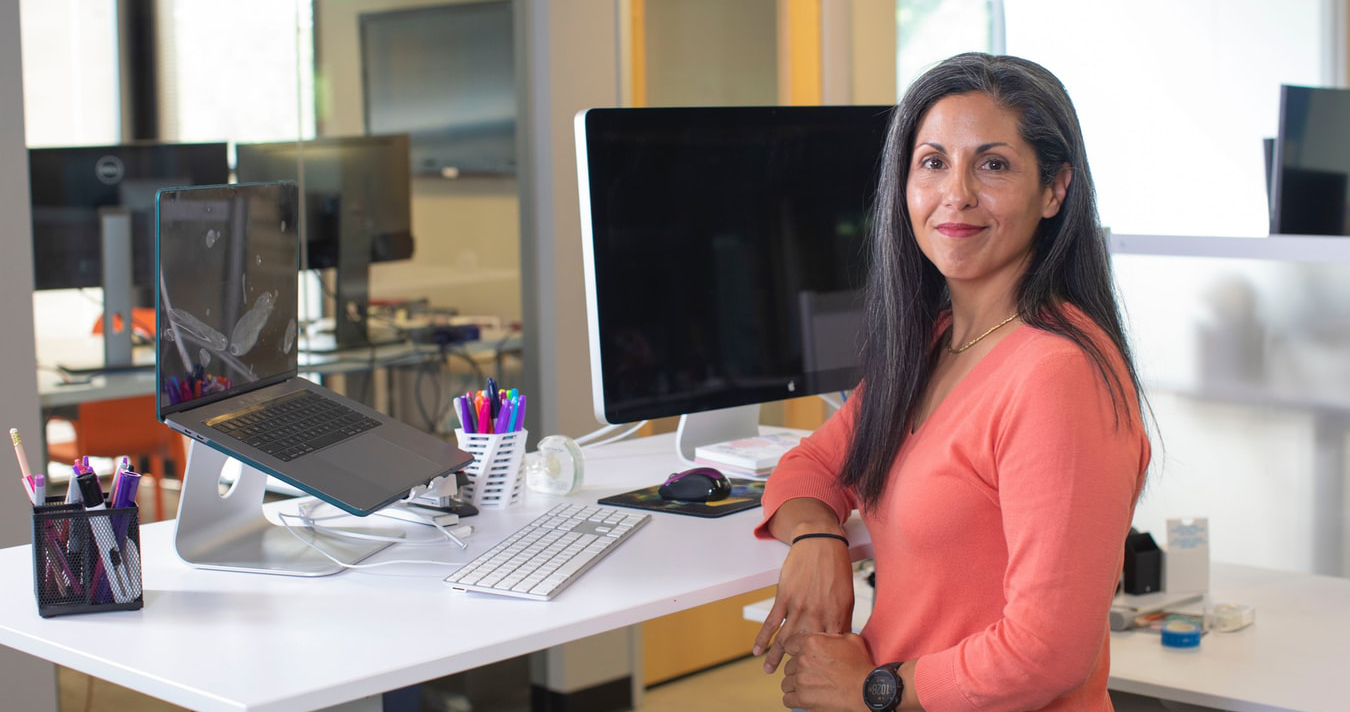 What is a standing desk?

But before we get into the benefits, let’s look at what exactly is a standing desk. Standing desks (also referred to as adjustable standing desks, stand-up desks or sit-stand desks) allow you to stand up comfortably while working normally at a computer for example.

Many modern iterations of standing desks are adjustable (either manually or electronically) which enable the user to freely switch between both uses of the desk depending on the situation at hand.

Some high-tier standing desks also come with a memory bank of desk heights that can be pre-set so you can set your desired desk high in advance and interchange between those heights at just a push of a button.

So with a short explanation of what a standing desk is out the way, let’s take a look at the 9 incredible benefits they can provide.

1. Standing while working can boost your productivity

“Boost your productivity” are words any boss will like to hear, and this benefit could help persuade your company to invest in standing desks.

Research published by the British Medical Journal follows trials involving 146 NHS staff where over half of whom swapped out their traditional office desks for the flexible standing office desks.

The study showed that those who normally had a sedentary work life that switched to a standing desk reported improved engagement in their work along with fewer musculoskeletal problems.

After 12 months, the participants managed to lower their daily sitting by 82.39 minutes and this time was taken up by standing while working instead.

It goes to show that not much standing is required to reap the benefits.

2. Standing can lower your risk of weight gain and obesity

Weight gain is attributed to the simple premise of if you intake more calories than you burn in a given day, you will put on weight.

Burning calories is what our body does naturally, however, this can be increased by performing an exercise such as running and walking. But did you know that standing as opposed to sitting can burn more calories?

Many employees attribute weight gain to moving to their current job as it is believed it was due to sitting down all day.

Standing an additional three hours a day over the course of a year (which can easily be done while in the office) can burn up to 30,000 extra calories. This equates to eight pounds of fat and is equivalent of running about ten marathons.

Try using this calorie-burn calculator to see the difference standing could have on your daily calorie burning.

3. Standing could reduce back pain

Back pain is one of the most common complaints from workers in the UK. Our sedentary lives have set this pandemic in motion with now 4 out of 5 adults in the UK experiencing some sort of back pain in their lives.

Humans are not built for sitting for prolonged periods and this does not bode well for those who have desk jobs.

Thankfully, studies have shown that breaking up your normal routine with intermittent standing bouts can significantly reduce the risk of back pain.

54% of workers (reported by juststand.org) said that they felt there was a reduction in upper back and neck pain when sitting time was decreased.

Just as little as one hour a day of extra standing can have extraordinary benefits.

It's to no surprise that we use more muscles to stand for an hour compared to sitting. Standing intermittently during your working day can help strengthen your core, leg, ankle and foot muscles.

But for all the above to be beneficial, you must stand correctly. It's no good taking the time to stand while working if you’re going to end up slouching.

Incorporating standing into your daily routine may take time to get used to, so if you are struggling with this, incrementally increase the time you stand instead of opting for a 4-hour session from the get-go.

To stand with the correct posture, stand up straight and centre your feet below your hips. Tuck your tailbone in, push your shoulders back and keep your head held high, but with your chin parallel to the floor. Along with improved posture and toning of your muscles, you may even raise your metabolism, thus increasing your calorie-burning per hour even more.

Having increased blood sugar levels, generally speaking, is always worse for your health.

“Anything you can do to bring down glucose readings throughout the day is a good thing” said senior author Glenn Gaesser of the School of Nutrition and Health Promotion at Arizona State University.

A total of two and a half hours of standing was required of the participants, something many of us could easily incorporate into our daily work lives with the help of a standing desk.

To maximise this benefit, standing after eating lunch has proven to reduce blood sugar levels the most.

Sitting has been linked to both an increased risk in depression and anxiety. On the flip side, standing has been attributed to increased levels of mood and energy levels.

A study conducted in March to May 2011 found that those that use sit-stand desks reported increased mood states as opposed to those who sat for longer.

Those that returned to their more traditional old desks found their moods reverting back to original levels.

Along with improved mood and energy, standing also invites collaboration which pairs well with open-plan offices.

7. Standing may lower the risk of heart disease

The phrase “sitting is the new smoking” was coined, with evidence coming out that too much sitting during the day can have profound negative effects on your health.

A study in 2011 at Loughborough University and the University of Leicester showed that those who sat the most compared to those who moved around a lot more had whopping 147 per cent increase in cardiovascular events such as heart attacks and strokes.

When sat for prolonged periods, blood flow slows down which allows fatty acids to build up in the vessels. This can ultimately lead to heart disease.

8. Standing could reduce the risk of cancer

A study published June 29, 2018 in the American Journal of Epidemiology found a link between long periods of leisure time sitting to a higher risk of cancer. The more you sit, the more likely you are to develop colon, endometrial or lung cancer.

With screen time playing a large part in our modern lives, anywhere we can decrease the time spent sitting is a win.

Many of us sit for eight hours during the working day which can easily be remedied with a standing desk.

How to incorporate standing into your daily work routine

Taking a stand, literally, is not just a fad - it’s a lifestyle change. To answer the question “are sit stand desks worth it?”, the short answer is, yes. So much of our modern lives are taken up by sitting, whether this is at work, binge watching Netflix at home or commuting to and from the office.

With memory presets available on some standing desk models, you can switch at a moment's notice.

If you plan to start using standing desks, try not to overdo it. Incrementally increase the time you stand each day to a point where you are comfortable with standing for long periods.

Choose less important tasks to start off with while standing such as answering your morning emails. Impromptu meetings could also happen while standing which is also a benefit to your co-workers.

Available in a large range of desk surface sizes and colours. 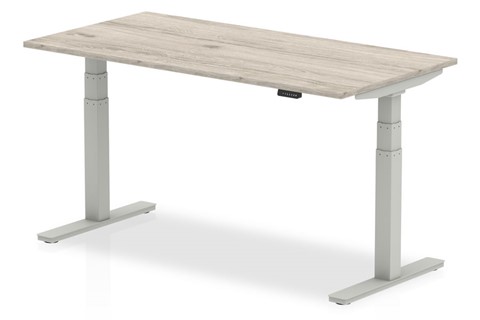 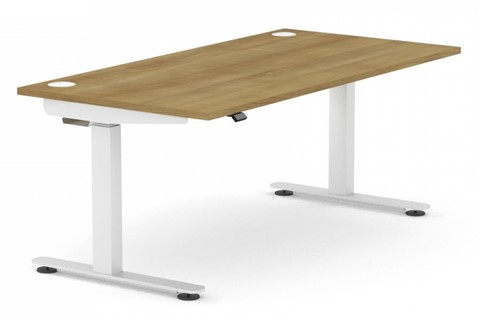 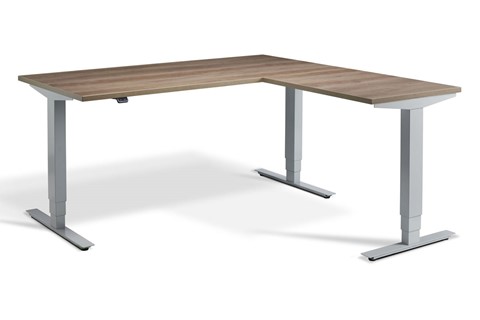 Sign up to our e-newsletter for discounts and offers

We use cookies to give you the best experience with us. You are free to manage cookies via your browser settings at any time (Allow/Remove). Please continue browsing and close this message if you are happy with our privacy policy.